An audio reading of this article is available for download. 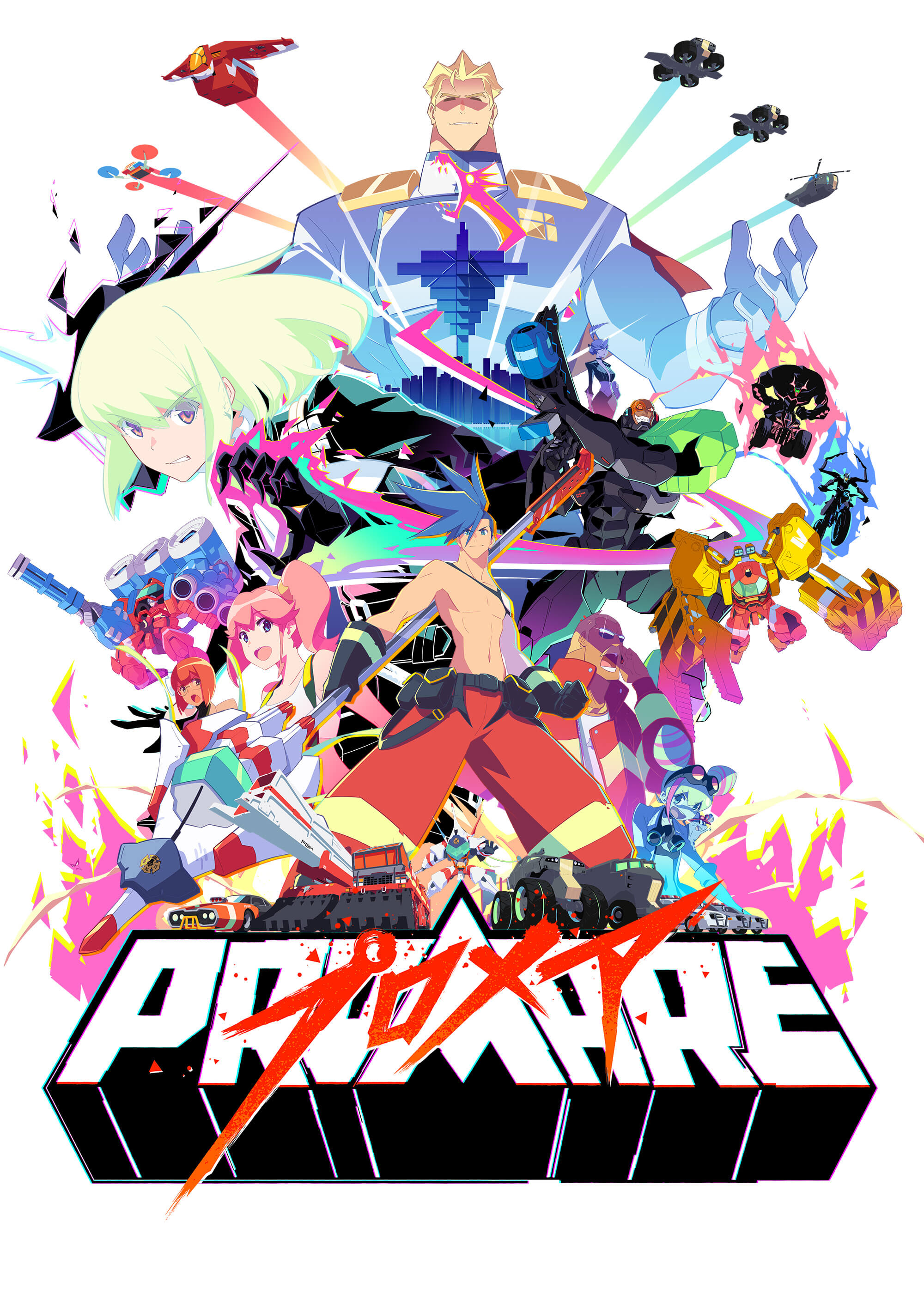 I’m getting ready to see the latest Annie nominated animated work by Studio Trigger called “Promare”. It blew up around September, shaking the animation and queer fandom circles as one of the best works that many had seen in a while. Trigger is known for works such as Kill la Kill, directed by Trigger co-founder Hiroyuki Imaishi of Gurren Lagann fame. As someone who grew up watching fighting robots in robotech, foolish protagonists being in over their head against a foe, flashy colors and people wearing their queer lenses to analyze the symbols, relateable themes and translations and who supervised them…I knew I must see it for myself. Unfortunately they were not showing it in the Fargo-Moorhead area in September, as it was a brief release in a few major cities. But with the success of the first showings, Fathom Events and GKIDS announced an expansion and extended film showings for a curious audience who may have missed it to have a chance to view it a little bit closer to home and for those who hadn’t gone to a convention or didn’t live in a major city.

Promare is about firefighters, following the earnest protagonist Galo Thymos who is part of the “Burning Rescue” team. With robots to pilot, they not only fight the fires that destroy homes and lives, but a criminal group of mutants that began acquiring fire powers 30 years ago called “Mad Burnish”, led by the character Lio Fotia.

I feel that it’s important to mention that the qualities of both subtitled and dubbed versions are excellent as already noted by audiences that have been able to see it. This is truly incredible despite many people in fandoms having preferences and disagreements about how they want to hear their anime from overseas — sub vs dub. Trigger announced to those that attended their Cinecitta event that they were working to get the English dub back to Japan, which is very rare if not unheard of when it comes to animated films. An example of a similar (yet slightly different case) that has occurred was with the series Ghost Stories.

With Ghost Stories, the Japanese audience disliked the original serious tone of the story that aired so much, that they preferred the English interpretation of the story. In order to avoid bankruptcy when Studio Pierrot gave Ghost Stories to Animated Dubbing Vision (ADV) for dubbing they turned over creative permission for them to do whatever they pleased with it so long as they follow several rules: (1) the overall story had to remain intact, (2) the way the ghosts died had to remain the same, (3) they could not change the theme of the episodes and (4) no names should be changed, ghosts included.  Other than that, they could do whatever it would take to make the series successful. The end result was so entertaining that Japanese audiences preferred it and had it retranslated from the English dubbing script back into Japanese.

Now, it is very likely that Japanese audiences listen to English dubs just as often as many non-Japanese speaking audiences view the original Japanese dubs whether this is in order  to try to pick up the language or as a matter of personal preference. Seeing the English dub that Trigger supervised and had sent back to Japan is incredible, and definitely something they should be proud of.

As an individual that observes media with a queer lens, the reason I’ll be viewing it is that the popular fandom ship is Galo and Lio, and I wondered what might push people to see the chemistry in these two. Is it an LGBTQ film? Well no, but upon seeing the trailer and the feelings one gets when confronted by Lio’s silence and power as he sits upon a throne of flames, and the courage that Galo has in the face of such a dangerous (and pretty) foe…one can understand that this movie will be nothing BUT exciting and interesting.

A fan summarizes their feelings after seeing the film.

Therefore, I will have to take a look to see what touched queer hearts to relate to this sci-fi mecha anime. What forces will bring these characters together to come to a resolution between these fire-wielding mutants and those who have not been given this power? What caused the mutants to get powers in the first place? Why are there robots? Look forward to my radio program “Finding Me” for my thoughts after I’ve seen the movie!

You can go to the website at promaremovie.com to purchase tickets to either sub, dub and if you’re lucky and living outside of the Fargo-Moorhead area in a major city you might be able to catch a 4D viewing (pending availability). Promare will be in theaters December 8th at 12:55pm with subtitles and the original Japanese dub voice cast, and the 10th at 7pm with the English dub cast at the Marcus West Acres Cinema in Fargo. Hope to see you there!

Nemo is the host of Finding Me, technical assistant, and in-house graphic designer at KPPP-LP 88.1 FM. He loves creating nerdy fan art, drinking coffee, eating spicy food, and memes. Donate to his work by mentioning “Finding Me” when you make your tax-deductible donation.